What everyone must know about Gas Standards 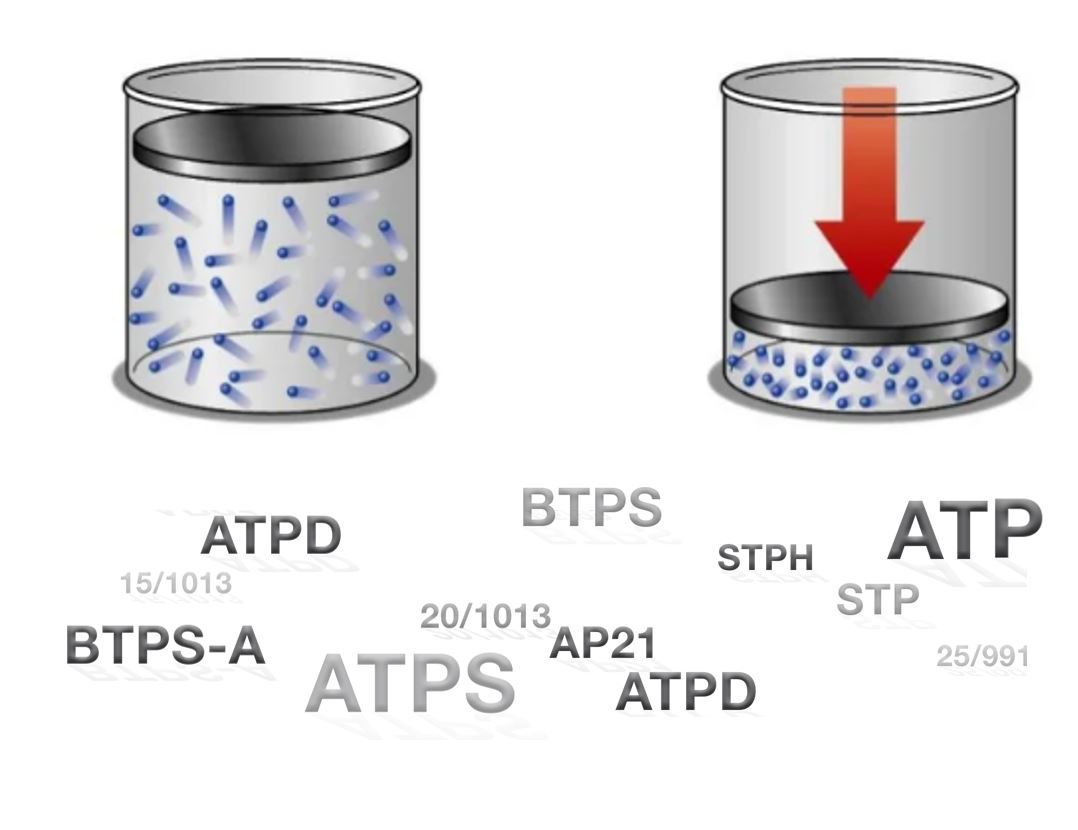 What exactly are gas standards?

Exactly the same is done when we are converting gas standards. But here, this is not only done on volumes but also on volumetric flow. Furthermore, instead of physically changing the conditions, we simply ‘imagine’ changing them. Hence, we basically ask the question: How much flow would we measure if the gas had a different temperature.

In some applications, it is beneficial to work with a mass flow instead of a volume flow. In our balloon example, even though the volume changes, the number of particles in the balloon stays constant, hence the mass stays constant. We cannot only express air flow as a flow of volume, but also as a flow of mass. In medical applications, it is common to use a gas standard, where all parameters are fixed. For example, a flow can be expressed in the gas standard STP, where the temperature is fixed to 21.1°C, the pressure to 1013.25mbar, and the relative humidity to 0%. Even though the flow in STP is expressed in volume per time, we get the advantage of mass flow, where the flow stays constant, independent from its true conditions.

Most ventilators express the measured volume in BTPS (Body Temperature, current Pressure and 100% saturated – humid air) which corresponds to the condition of the exhaled air. Since medical staff want to directly compare inhaled and exhaled air volume, it makes sense to express them in the same gas standard. Otherwise, even though the same number of air particles entered and left the lungs, the expressed volume would be different. Hence, the volume of the inspiratory flow is converted to the conditions of the expiratory flow, such that they can be compared.